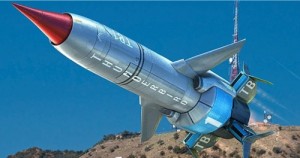 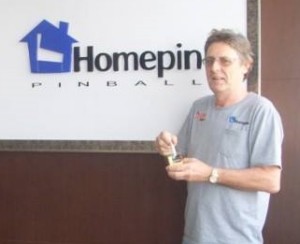 Mike Kalinowski has been building a pinball factory in China

It’s not ready yet, but it’s coming. That’s the word from Mike Kalinowski, the down to earth 59-year old bloke behind the company.

And there’s nothing unusual about that: waiting for pinball machines to appear is something that pre-order customers are getting used to. Just ask anyone who’s put money down for The Hobbit or Full Throttle

Or, god help us, Predator.

And that leads us nicely right up to the very large elephant in the room. Following on from the Predator fiasco, how do we know that Homepin actually has a license to make a Thunderbirds pin? Could Kalinowski be pulling a Kevin?

To find out Pavlov Pinball fired up Skype and tracked down Kalinowski to his pinball factory in Shenzhen, China. His own personal Tracy Island.

When we queried the license arrangements, Kalinowski showed us the merchandising agreement he has in place with the licensor, ITV Ventures, for the right to use Classic Thunderbirds (not the 2015 remake) licenced property, for the product category Pinball Machines. The license runs till 31st December 2017, with a sell-off period that lasts a further three months. 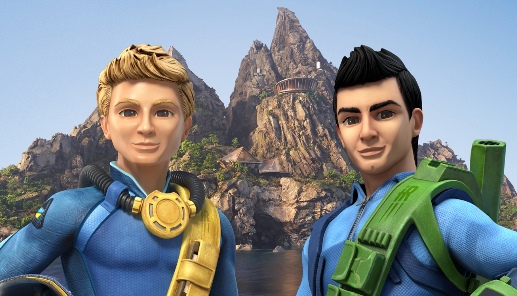 And just to double check we got on the phone with ITV Ventures. This resulted in email confirmation from the licensor sales contact that Homepin does indeed have a license to make Thunderbirds pinball machines.

So everything is completely kosher and above board on the licensing front. Exit one elephant.

Actually there’s one part of the agreement which states that the latest product release date is 1st June 2015, and that is something which isn’t going to happen. But Kalinowski says that this term will be amended.

“The agreement was made years ago and a nominal date needed to be put there, mainly because of ITV’s desire to have as many Thunderbird products released at the same time,” he explains.

So when will the pinball machine be released? “The goal is by the end of 2015,” Kalinowski says.

Homepin’s web site still states: “we plan to release our machine mid 2015 to coincide with all of the other activities planned, in fact, it is a condition of our licence that we meet this timeframe for release,” so things seem to have slipped a little bit on the way.

Nothing off the shelf 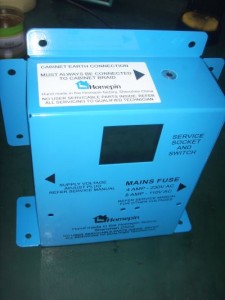 Homepin is building everything – including mains switch boxes – in China

Since it’s practically impossible to import parts to China, he pretty much has to make everything himself or source it locally, he adds.

“That’s certainly made the task harder. Other pinball companies can buy off the shelf parts but I haven’t been able to do that. Coils, coil sleeves, coil tabs, everything has to be designed, drawn and made, and if it doesn’t work you have to chuck it away and start again. Even something like pinball rubbers – the cost of importing them wouldn’t be worth it.”

Having said all that, Kalinowski says that the project is progressing well: several whitewoods have been produced and the design is pretty much finalised.

But who the designer might be is still a mystery.

“I am not going to reveal names because people gossip and talk too much,” he says. “The game will stand up on its own so it doesn’t make any difference. All I will say is that it wasn’t Gary Stern. Or anyone who works for him. But it’s a name that you will know in a microsecond.”

One of the benefits of manufacturing in China is that the costs are low, and playfield toys cost about a third of what a US manufacturer would have to pay for them, Kalinowski told Pavlov Pinball last year, leading him to promise that he would pull out all the stops with the game toy-wise. 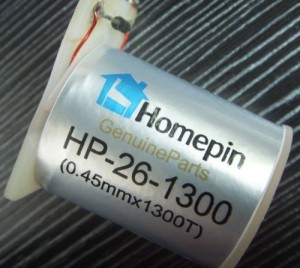 Homepin’s coils are compatible with Williams ones

“And obviously the game has to have a five-ball multiball, starting with the countdown 5,4,3,2,1.”

The license includes access to most voice sounds from the original series, but Kalinowski says that many of the voice calls have been re-created because the quality of the original sounds wasn’t high enough.

There’s been lots of talk of the Skit-B Predator affair killing off the pre-pay model for buying new pinball machines, so an obvious question is what effect it has had on Thunderbirds.

In fact pre-orders for Thunderbirds have now closed, but when they were open Kalinowski only received a “very very low” number of orders.

This he attributes in part to problems experienced by people in Australia who pre-ordered Wizard of Oz through the now defunct Bumper Action Amusements. “That robbed me of maybe 100 presales,” he says.

So how many does he expect to sell when the machine is released? “Originally we thought around 2,000, but that may be optimistic. It will probably be more like 500-1000,” he says. He plans to take on distributors to handle sales and parts – although no distributors have been appointed yet.

Last year Kalinowski said the Thunderbirds machine would cost about AU$8000 (US$7500, £4400) including tax and delivery, but the final price is still very much up in the air. “To be frank I have no idea how much it will cost,” he says.

To an extent that depends on currency swings, he explains. “It is completely impossible for me to know, but I am aiming for several thousand dollars below AUS$8,000 and I am hoping I will be able to (partially) refund some of the prebuyers,” he adds.

Now that would be a first.

Kalinowski has spent the last months getting his factory in China up and running with fifteen employees, and this seems like a lot of work to build what may turn out to be just five hundred games. 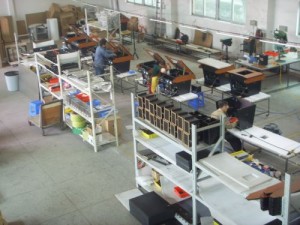 But what you have to remember is that Homepin isn’t just a pinball company. Over the last months Kalinowski and his crew have also been cranking out very well-reviewed reproduction Hankin video game tables under license from Australian entertainment company A. Hankin & Co.

He’s also got approval to make a range of replacement coils for Hankin’s pinball machines. (Hankin is one of the more obscure pinball brands: the company produced five solid state titles between 1978 and 1980, including The Empire Strikes Back and a cricket-themed pinball machine called Dennis Lillee’s Howzat!)

Note to our American readers: cricket is a game much like baseball but with more moustaches. It also lasts for days.

And Kalinowski says that four more pinball machines are already planned – some unlicensed, some not, to be built after, or concurrently with, Thunderbirds.

“Two of these will be 100% Homepin and made here, but may be sold under an old pinball brand,” Kalinowski reveals. 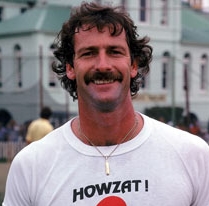 Now what brand could that be? Kalinowski is not mentioning any names, but given the involvement with Hankin video games tables and Hankin replacement pinball coils it doesn’t take a genius to work out what pinball brand he is talking about. Howzat indeed…

All the machines that Homepin is planning will share many common Homepin parts, which should make it more practical to have healthy supplies of spares.

And Kalinowski points out that all the Homepin coils and sleeves will be identical to the ones used in Williams and other machines, so if a Homepin coil blows you’ll be able to switch in an off-the shelf coil. If distributors don’t have other parts in stock then it should be possible to send them from the factory in China in a few days, he says.

(If you’ve tried buying any pinball boards from Homepin’s site recently you’ll have noticed that most of them are unavailable. The good news is that Kalinowski plans to resume production of most of them in the Chinese factory, so they may well be available again soon.)

It’s all about the factory

And it’s this factory in Shenzhen that sets Homepin apart from most other pinball companies, Kalinowski believes. “I am a bit more serious than some of these other players. Dutch Pinball, you name them – they all start at the wrong end,” he says. “They build a prototype, screw parts onto a board, add some graphics and think they are smart – but anyone can do that.

“I have moved to China, built a factory, proved that it works and gone through all the bull that that entails. Now I have a legitimate amusement factory and I am ready to go as soon as a design is finished. I am open for business for people who have a pinball idea and want a hundred pinball machines made.” 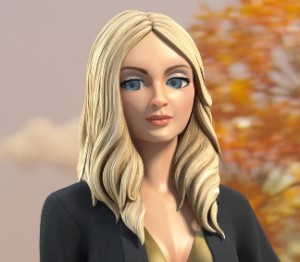 The guy certainly has plenty of confidence, and despite rubbing some people on Pinside up the wrong way it turns out that he’s a friendly, helpful, knowledgeable bloke.

There are still a lot of unanswered questions about Thunderbirds, though: who is designing the game, who is coding the software, when will we see it, who will distribute and support it, when will it be available, how much will it cost, and so on.

But the license certainly seems to be in place, the Hankin tables are being shipped, and there’s plenty of photographic evidence that progress is being made on the pinball front.

Nothing’s certain in pinball, but this does at least suggest that Thunderbirds may well be a GO!, if not this year then perhaps in 2016.