Heighway Pinball has spilled some more beans about its Alien Pinball machine.  And Pavlov Pinball has to say that the machine looks pretty damn good. 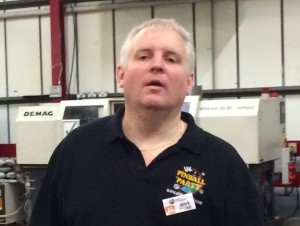 Andrew Heighway made the reveal at a closed door, no cameras briefing in his factory over the weekend during the UK Pinball Party.

The coolest things on display were the Alien pop bumpers. How cool can pop bumpers be? The answer in the case of Alien seems to be “very”.

Heighway showed off bumper caps that were green translucent moulded alien eggs, illuminated from inside by five multicolour LEDs.

By varying the strength of each LED, the eggs appear to pulse from inside. With four LEDs glowing green and changing in intensity and one glowing a darker colour it can look like a baby alien (facehugger) is moving around in there. Other colour settings may be used to make the eggs look like they’re burning. 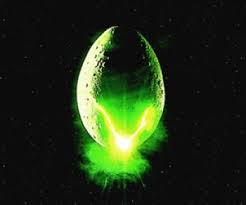 Heighway also revealed that the xenomorph (that’s an alien to you and me) toy at the back of the playfield  will be positioned behind a magnet on the playfield.

The ball will be trapped, and then some sort of tongue thing will come out of the xenomorph’s head and grab the ball and gobble it up. It will then go into a subway and come out somewhere else on the playfield.

Sounds a bit like The Addams Family’s Thing hand (or Kiss’s Gene Simmons head in reverse), but hopefully a bit scarier.

To the left of the xenomorph will be an LCD screen which displays mode information, and this will rotate at certain points in the game to reveal a queen xenomorph (think The Hobbit’s Smaug toy.) 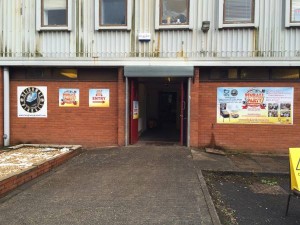 Heighway showed of the latest version of the queen, designed by former Jersey Jack Pinball employee Matt Riesterer, now of Back Alley Creations.

Riesterer has made parts for JJP’s Wizard of Oz, The Hobbit and Predator.

Heighway had been planning more of an Alien reveal at the Pinball Party, but that didn’t happen in the end due to various delays. But he did reveal that a new whitewood is due in the next week or so.

He said that there had been big changes from the design done for the company by Dennis Nordman, but pointed out that such changes are normal from one whitewood to the next. 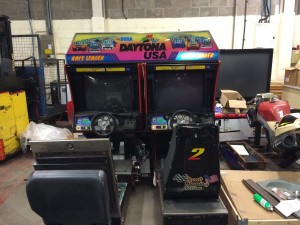 The company makes extensive use of the Future Pinball platform to simulate the shot geometry of the game (why do we persist in calling it shot geometry – surely it should be shot geography?) and Heighway showed off some clips of the game running on the platform.

He stressed that nothing that was shown was finalised or necessarily had licensor approval so was absolutely subject to change or removal.

Having said that, the footage looked amazing: it felt like one of those rare games – like The Addams Family – which makes the player feel that they are part of a movie.

Which movie? Heighway showed off a start sequence where the player chooses whether to play Alien, or Aliens, the second film in the franchise. The modes available depend on which movie is selected.

The footage included what looked like a Find Jonesy mode, and various weapons that have to be collected.

But let’s not go overboard just yet because this was just a few choice clips that were shown and all is subject to change. Still, it looks very promising indeed. 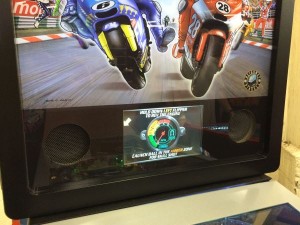 Full Throttle and Alien can have a screen in the backbox

What else can we say about the game? It has four flippers, there’s a screen on the playfield and the option of another on the backbox, and the LE comes with a rather uninspiring topper consisting of two yellow domes containing rotating lights, F14 Tomcat style.

In their defence, rotating lamp toppers do add to a game when they flash their stuff, even if they don’t look that great when they are switched off. (There will be 500 LEs available, and they have not yet sold out. The topper will also be available as an extra for non-LE purchasers.)

More facts about the company were revealed during a factory tour. For example, the company has already made about ten Full Throttles (six going to Canada, three to the US and one to Australia) with another dozen or so to be made shortly. The following production run will be forty four machines. 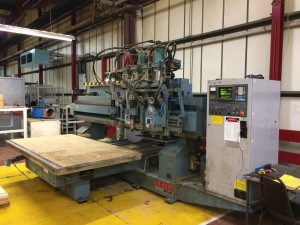 Heighway is preparing to be able to produce two hundred to four hundred per month by the end of the year, hinting that some of those could be Alien machines. Each machine should take between six and eight hours to build, which  is about a third of the industry norm accordig to Heighway.

To do this the company has been out shopping and bought its own injection moulding machines to make things like plastic posts and flipper bushings, and a CNC router which has six separate tools to make Russian birch playfields (and other components like plastics).

He also showed off a huge 8m x 4m Canon UV ink flatbed printing machine that will be capable of printing up to forty playfields in a ten hour shift, as well as all the company’s plastics.

So when will we see a fully working Alien machine in the flesh? Soon it seems. Hopefully at Expo in October…