How do you make a game you’re bored of playing more interesting?

What about messing about with the balls? 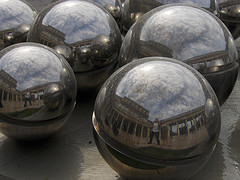 One way is to install lighter-than-normal balls that zip around the playfield much faster than normal ones.

Another is to turn the lights down and use black balls that you can barely see: the near impossibility of hitting an almost-invisible ball with the flippers is bound to make the gameplay more interesting. That’s the theory anyway.

It’s not playing the games as they were meant to be played, but on the other hand putting in non-standard balls is a mod – if you can call it that – that’s completely reversible and can’t do the machine any harm.

So if you’ve got a solid state or EM machine that’s so  sedate it sends you to sleep after thrashing away on AC/DC or Metallica, you could do worse than installing a set of Modmypin‘s Glo-Balls. These weigh 60g – like a Twilight Zone powerball – instead of a standard pinball’s 80g, so they get blasted around the playfield by flippers, bumpers, slingshots and kickouts much, much more quickly. 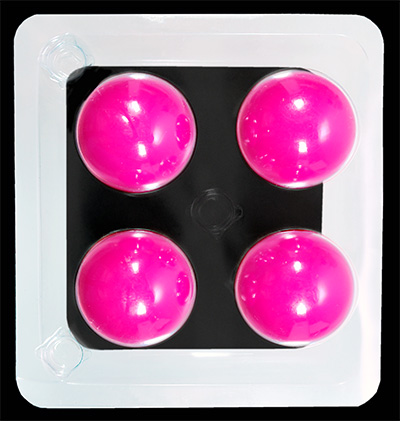 Modmypin’s balls are loud and fast

“They play really fast, but because they have less mass they don’t beat the hell out of your machine,” says Brian Savage, Modmypin’s ceo.

Savage got in to making his underweight coloured balls almost by accident. He was looking around for some type of mod to make and sell at the same time that a friend bought a Stern Viper – which has coloured balls.

The original ones were made of rubber by a golf ball company, and wore out very quickly, according to Savage, so he got hold of some new Viper balls and sent them to China to see if was possible to make more hard wearing and cheaper copies.

The most popular balls he makes are the glow-in-the-dark balls which work after they have been exposed to light – they are particularly effective if you install black lights in the trough, he says. Otherwise orange balls are the biggest sellers. A set of four coloured balls is $48 so they ain’t’ cheap, but they are a lot cheaper than four Twilight Zone powerballs which would set you back about $120.

If you’re not quite the type of chappie who would ever rock screaming neon or glow-in-the-dark balls – even if they made your pins more interesting to play – then you could take the exact opposite tack and go for black stealth balls, like the ones produced by Back Alley Creations.

Because they are standard weight they don’t change the speed of the game at all, but they can spice it up  because of their hard-to-spot-on-the-playfield nature. 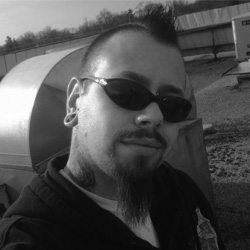 Matt Riesterer: a ball monger with many secrets

“I had a customer who had a Black Knight and they were going to get rid of it because it was too easy,” says Matt Riesterer, the man behind Back Alley Creations. “But he bought some black balls and that made the game much harder, so he ended up keeping it for another year.”

How does Riesterer create these balls? They are made from standard carbon-steel pinballs, and Riesterer turns them black using some weird black magic he won’t reveal. “I use a chemical process but I’ve never told anyone what it is,” says Riesterer. “I never tell anyone.”

He also offers balls with hand-drawn designs on – skulls, cobwebs, all that kind of dark gothic stuff. To make these he draws his designs on the blackened balls with a black Sharpie, and uses a secret tool – the details of which he also won’t reveal – to mark the designs permanently onto the balls. The most popular designs are cobwebs (often for Spiderman or Scared Stiff machines) as well as eyeballs and swirls.

These are obviously meant to be seen, and with decent lighting they work just fine – there’s a set installed in the TAF at Pavlov Towers and spotting the designs has never been a problem. “They work best on games with LEDs or at least good GI lighting,” reckons Riesterer. Of course the designs can only be seen when the ball isn’t moving – trapped on a flipper or in the shooter lane, for example. 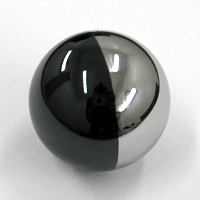 Back Alley’s 50-50 ball appears to flash 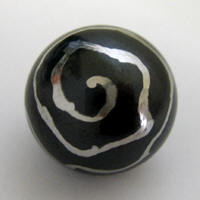 The swirl ball is popular in Spidey

Riesterer also sells a ball which is half black and half white that is hugely popular and which appears to flash as it rolls. Because it’s so easy to see it can be used in even the dingiest machines.

And the good news is that his balls are just $5 or $6 each – much less than a Glo-Ball and much, much less than buying a new machine to replace one you’re bored with.

Of course there is an easier way of pepping up your machines – the old fashioned method of making the back legs a bit longer. Just saying…. 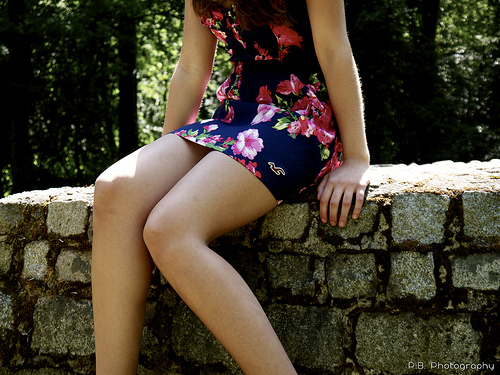 A gratuitous picture of long legs. And why not? Photo: Peter Busse