Barcades, arcades, pubs, and even the odd laundromat – pinball machines are slowly reappearing in public places.

Sometimes that’s down to proprietors who are pinball fans, but often it’s thanks to that mysterious types known as operators. These are the chaps who buy machines and put them out on a route, sharing the takings with the establishments’ owners. 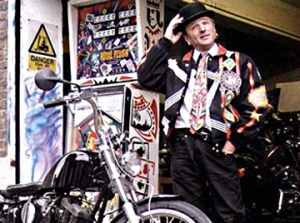 Pinball Geoff has been operating pinball machines for 40 years

One such operator is the charming and delightfully eccentric Geoffrey Harvey – although no one has called him that for years. That’s because he’s universally known by the moniker “Pinball Geoff,” and he’s been  operating machines in London for over 40 years. Back in the ’60s and 70’s he had over 200 of the blighters.

The EM days were relatively easy as the machines were so reliable, he says, but when solid state games were introduced in the ’70s things got considerably harder. “When it went electronic it was a nightmare trying to keep them running,” he remarks. “Some machines needed service calls as often as once a week or even twice a week.”

But after the final DMD boom fifteen years ago, the pinball operating racket just about ground to a halt when Williams shut down and pinball went out of style.

“At one point I was down to operating just two or three machines and it got really tough – no-one wanted them,” says Pinball Geoff. “Lots of pubs turned into gastro pubs and simply didn’t want pinball machines.”

It’s only in the last three of four years that pub owners have begun to get more receptive to pinball machines again, he reckons.

People think you must be making a fortune and driving around in a Rolls Royce, but really it’s not like that

So what kind of machines are popular today in the operator market? Surprisingly, Pinball Geoff still operates a couple of EMs – a 1977 Zaccaria Circus over in Hoxton, and a Gottlieb Jacks Open down in Crystal Palace

At music festivals like Glastonbury he also supplies a few EMs. “These are old games but with quirks that make them exciting,” he says. “At Glastonbury in a muddy field you can fix an EM quite easily, and they are not intimidating to people who have never played pinball before.” 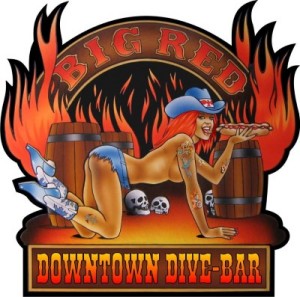 Pinball Geoff also operates some more recent machines like Hook and Bride of Pinbot, and even some new Sterns like a very nice AC-DC Premium which is currently sited in a gothic/rock and roll bar called Big Red in north London.

Stern produces the cheaper, stripped down Pro versions for the operator market, so how come Pinball Geoff operates a Premium? “I thought it definitely worth the extra cost to have a much better game in my opinion,” he explains. “(It has) drop targets etc – no expense spared for my lovely customers ! I will always myself go for the Premium model for my sites,” he adds.

Premium Stern machines are not cheap, and Pinball Geoff’s AC/DC took 16 months on location to pay for itself. He says a typical machine on location will earn him between £25 ($40) and £100 ($160) a week, plus the same again for the owner of the establishment with whom he shares the takings.

“To make it work you need to operate quite a lot of machines,” he says. “People think you must be making a fortune and driving around in a Rolls Royce, but really it’s not like that.” (In fact at one point Pinball Geoff used a hearse to move machines around the capital, but that’s another chapter in his eccentric history.)

He says one secret to successful pinball operating is to match the machines to the themes of the places: AC-DC fits the rock and roll theme of Big Red perfectly, for example, and he’s considering putting in a The Walking Dead in there too for the same reason. 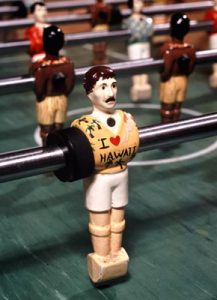 He points out that some locations simply don’t want DMD era machines, preferring something older and more battered that fits in with the interior décor.

One thing that’s changed since the 70s is that machines need to be moved around much more frequently, Pinball Geoff says. “Back then we would have machines that had been at the same site for ten years. The machines had themes like cowboys or cards that were not really connected to a particular year. But with pinball machines that have a licence to a film, they are tied to a particular time (when the movie is released) and they are old after two or three years.”

Reliability is always a key issue for operators, and he reckons things have improved in recent times. “Bally Williams games used to go wrong even when they were brand new. But we are seeing Stern games now that are really reliable,” he says. “Partly it’s because there’s not a lot going on mechanically, but Stern Spiderman is my most reliable game,” he adds.

What does he think of Heighway Pinball’s idea of modular components, so that a whole flipper unit can be pulled out and a replacement dropped in in a few moments? “I’ve just repaired two flippers this morning, and it used to be that there were four of five manufacturers, each with different flippers which was a bloody nightmare,” says Pinball Geoff. “For operators who don’t know how to repair things, the Heighway system could definitely be a good idea.” 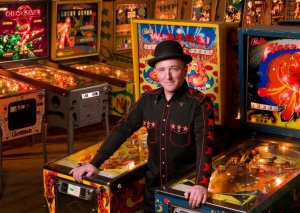 One final question. How on earth did a well brought up young man like Pinball Geoff get in to the business of operating pinball machines?

It started at the age of 13 when he went in holiday and fell in love with a Chicago Coin Gun Smoke. He then persuaded someone to give him ten machines, which he brought home while his folks were away.

“My poor parents got a big surprise when they came home after two days – I thought they were away for two weeks – and found the house full of pinball machines.”

Amazingly they let him keep as many as he wanted, as long as he could fit them in his bedroom. So he removed all the furniture and slept in a sleeping bag under the machines.

I just said ‘I am terribly sorry, but I would be most grateful if you would put that gun away.’

He then got in to collecting them, left school, and became a pinball hustler. That involved practicing seven hours a day and then playing for money. “When you hustle, you are meant to play badly so the odds go up, but I never wanted to play badly,” he says. 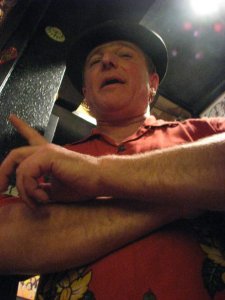 Things got sticky when he had a gun pulled on him during one high stakes game with a particularly unpleasant gangster. But in typical Pinball Geoff style, he managed to defuse the situation and keep his life intact through the judicious use of good manners.

“I just said ‘I am terribly sorry, but I would be most grateful if you would put that gun away,’ he explains. “He thought I was either mad or very hard, and he put it away. I learned later that he was a particularly dangerous man, but most people I meet are very nice.”

So now he is out of the hustling lark, and operates pinball machines commercially. (He also drums in the Bikini Beach Band and has spent time as a social worker- but these are more chapters in his life story  that there’s no time for today.)

The only problem with operating  is that he loves some of his machines rather too much to let them go out on location for long. He’s just been to retrieve his Gottlieb Jacks Open from Crystal Palace to give it some TLC. “Old machines are a bit like my babies,” concludes Pinball Geoff. “The problem is I never want to see them abused by the general public.”