So it’s farewell to the humble incandescent bulb, it seems. In a very illuminating message to the world earlier this week, Gary Stern announced that Stern Pinball is to ditch old lighting technology and going LED across the board. “All future Stern Pro, Premium, and Limited Edition pinball games will have LED lighting,” Stern said.

At the same time the company announced that it has begun shipping a new Metallica Pro machine which will now have LEDs. 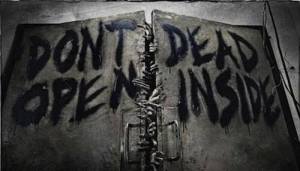 The Walking Dead will have Pro, Premium and LE versions with LEDs

There is still some question about whether the newly announced The Walking Dead machine will be offered in these three different versions following the move to LEDs everywhere. After all, if the Pro version comes with LEDs, is there really a need for a Premium version? Or put another way, what are you going to add to a Pro to make it worth people forking out two thousand more to buy? A couple of extra playfield toys is not the same as a lighting system that completely changes the way the game looks and plays.

It’s an interesting question, so Pavlov Pinball asked Gary Stern directly if the company would continue to offer Pro, Premium and LE versions for the forseeable future. The answer? “Yes,” he confirmed. 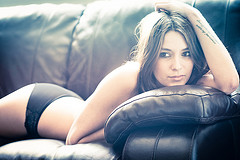 “We consider these models our commercial line because they are designed, engineered and manufactured to stand up in a commercial environment,” Stern added. “We also have plans to expand our consumer line, which is targeted at customers who would like to own a simpler, compelling, less expensive pinball game for use in their home.”

But one thing that’s not clear is whether the company is abandoning incandescents altogether. Some (all?) current Premium machines such as AC/DC have a few incandescents lurking on the playfield alongside the LEDs. Are these going to disappear in The Walking Dead and future machines?

It would appear so. “It is unlikely any new machines going forward will have any incandescent bulbs,” Jody Dankberg, Stern’s director of marketing, told Pavlov Pinball.

Stern also extolled the benefits of LEDs  in the company’s announcement. “LED technology is a welcomed advancement in modernizing pinball. Commercial operators will benefit from improved reliability and earnings, while collectors will appreciate the brighter playfield and more vivid colors.”

Interesting that Stern talks about improved reliability. After all, there’s an old pinball adage that “if it ain’t broke, it ain’t pinball.” Just saying… Still, no-one will miss machines with half the lights out. 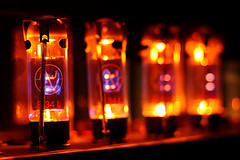 Curiously Stern doesn’t mention perhaps the biggest benefit of LEDs: the ability to have colour changing inserts which bring a huge amount to the party in games like Metallica and AC/DC. That’s the single best reason to have LEDs – compared to that you can shove your reliability and your brightness where LEDs don’t shine.

And Stern would do well to remember that not everyone loves an LED. Brightness and reliability are all well and good, but once you have board-mounted LEDs you’re pretty much stuck with them. 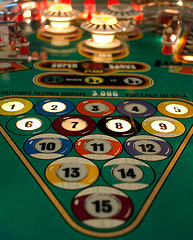 That means no more customising your colours, changing the brightnesses and generally messing about with the look and feel of your machine by changing the lighting. And no more dimming effects. For the time being anyway.

But some  people always resist change, and if wasn’t for technological innovation we’d all be playing electro-mechanicals like Star Jet. Not that there’s anything wrong with that of course.

While the new LED Pro versions may leave owners of the older models incandescent, overall though you have to think that this is a positive step forward for Stern and for the majority of pinball buyers in general.

Couch girl photo by Lies Thru a Lens 