Iceland is a spectacularly beautiful country, but it’s a tough place to live if you happen to be a pinball nut.

What does it take to earn that title?

For a start he’s the only pinball repair man in this country of 300,000 people, and almost single handedly he’s keeping Iceland’s machines up and running.

“I have shopped just about every machine in the country by now,” says Hoskuldsson.

Until very recently he owned half of all the pinball machines in this volcanic island stuck in the North Atlantic near the North Pole.

That might be hard to believe, until you realise that in total there are just 60 machines in Iceland.

“I had thirty-one of these machines at one time, but I ran out of space so I had to sell off twenty of them,” says Hoskuldsson.

His background in electronics has come in handy for his mission to keep the nation’s pinball machines working (although he is a computer programmer these days) and the Internet has made it relatively easy to source spare parts for most machines.

But import duties  on arcade machine parts are spectacularly high in Iceland – as much as 40%. That means that something like a replacement DMD ends up costing 50,000 Icelandic Kroners (£258, $439.) 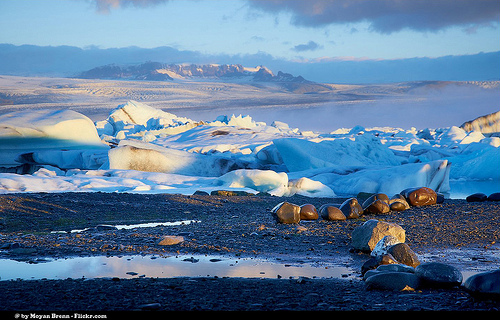 Iceland – great for lovers of spectacular scenery. Pinball? Not so much…

What’s amazing is that there are any machines at all. Iceland is a bit off the beaten track, to say the least, and those import duties make them hideously expensive.

It turns out that Icelanders have the threat of Soviet invasion to thank for many of the machines:  a good proportion were brought in to the country by the US military who maintained a base in the town of Keflavik.

When the base closed down in 2006, Uncle Sam’s pins were sold off to locals, and most ended up in the hands of Hoskulsson.

There were well over a hundred machines in the country until ten years ago, when one person collected together two container-loads of pinballs and shipped them off to Australia, Hoskuldsson says. Nice for the Aussies but a calamity for local pinheads like Hoskuldsson. Imagine half the pinball machines wherever you live disappearing overnight.

In the Australia consignment was Iceland’s only Theatre of Magic (some might say that’s not a bad thing) and all of the country’s later model Williams machines. In fact the newest game in Iceland is now a 1994 Midway Corvette – a part of Hoskuldsson’s collection.

That’s aside from a Revenge From Mars which, rumour has it, is in someone’s possession, somewhere in Iceland. But it hasn’t been seen for many years, and for all anyone knows it was chopped up for firewood long ago. Or eaten by reindeer.

Or maybe its existence was nothing more than an urban legend. One thing’s for sure, though, if it was in any of the handful of Icelandic pinheads’ possession then Hoskuldsson would be sure to know about it. 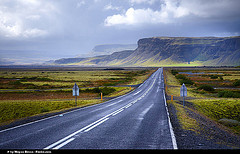 Perhaps the hardest thing about being an Icelandic pinhead is that – aside from an Addams Family that was being imported from the Netherlands recently – the supply of new machines into the country is zero. Zilch. That means there are no Sterns, no Jersey Jacks, and there are gaping holes in the national collection as a whole.

“One day I would love to play a Twilight Zone or a Star Trek The Next Generation, but there aren’t any of those machines in the country,” says Hoskuldsson. “To do that I will have to wait until my kids are older and then travel to Europe or America,” he concludes.

Feature and landscape photos by Moyan_Brenn DeLight (back again)

Special thanks to the hugely talented photographer Nanna Dis (nannadis.com) for her kind permission to use the pinball photo at the top of this article