When a pinball machine does something unspeakably mean and nasty like ejecting a ball straight down the middle, there’s nothing that says “take that you bast**d game” quite like dancing with the devil: wrenching the machine across the floor and tilting it out. 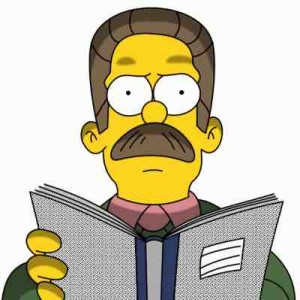 It’s a hugely satisfying way of dealing with pinball-induced frustrations, even if in other respects it’s completely pointless – almost literally as it will cost you your bonus.

That type of tilt is self-inflicted, but there’s a far more common type: the type that some over-officious machines dole out when you apply a skilful and perfectly reasonable bit of gentle nudging.

It’s hard to resist teaching these machines a lesson with a good kicking, and that could be why – like many a runty little kid at school – many use humour as a form of self defence. Plenty of games must have been saved from a dose of grievous bodily harm over the years by a bit of banter after they’ve tilted.

How can you not smile and love a machine that has Ned Flanders telling you that “Cheating makes Baby Jesus cry,” or Worf pointing out that “You are without honour,” as it cuts the power to the flippers, stops the music and displays TILT on the DMD? 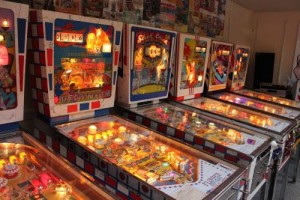 Tilt an EM and it could be Game Over

And at least these days machines have the good sense and decency to give you a warning or two before tilting. Back in the day machines could be far snarkier rotters: tilt an old EM and you could lose your ball, the next ball too, and even the whole game just for good measure. No warnings, no Ned Flanders, not so much as a by-your-leave.

But even though machines may have become a tad more indulgent when it comes to tilting, the basic need for some form of tilt mechanism remains: to stop scallywags from cheating, and to prevent roughnecks and scoundrels from damaging the machines that frustrate them. 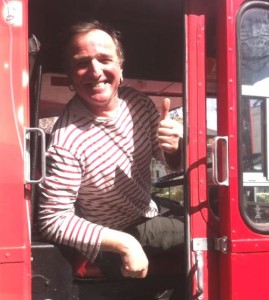 “If you don’t have the tilt working on a machine it will definitely get abused,” says Geoffrey Harvey – aka Pinball Geoff – a pinball operator  with many years of experience putting machines out on location.

He recalls a 1969 Gottlieb Road Race down the Golden Goose in London’s Kings Cross that became notorious for having no tilt after it was written about in Time Out magazine. It was used and severely abused after that. (Not by him though: “It’s against my religion to tilt too much,” he explains.)

But it’s not just pinball abuse you need to worry about, he adds. “You don’t want people coming in with boots with steel toecaps and cheating by lifting the front legs of the machine on to their toes so the game is almost flat. I’ve seen that quite a few times.”

That leaves operators with a bit of a conundrum.

On the one hand if they set the tilt too loose then games may be damaged, and people can stay on the machine all night by cheating or just extreme nudging so the machines won’t take much money. But if they set the tilt too tight then no-one’s going to want to put much money in: with no chance of nudging, games will be short. And who wants to play a game that tilts at the slightest provocation?

“I play several games on my machines when I set them up to get the tilt set right,” says Harvey. “It’s hard to get the balance right – it’s quite a dark art,” he adds. “I like to get the sense of ‘If I do this, will I tilt it? If you just jump a couple of inches in the air and the machine tilts then that’s just very distressing.” 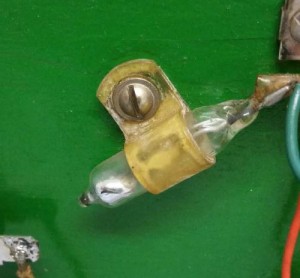 Tilt of death: a mercury switch from a 1962 Cover Girl

Such is the power of the human cheating urge that manufacturers have had to resort to all kinds of tilt devices to protect their games.

These range from the earliest “stool pigeons” on non-electric games to ball-rolling-along-to-hit-a-switch setups, slam tilt switches which detect vibration, anti-cheat systems that stop you switching an EM machine off and on again as a ball drains and continuing the game before the ball goes down, and the familiar pendulum tilt systems that have been around for over fifty years and which you still see today on modern Sterns.

In fact tilt mechanisms have always been pretty low-tech: probably the most complex (and dangerous) ones were made in the ’60s and used mercury switches before manufacturers realised that the combination of amusement machines and poisonous metals was potentially a deadly mix.

This low tech approach to tilt mechs could be about to change, however. That’s because back in 2013 Stern applied for a patent for a “a method for controlling operation of an amusement game device, comprising using an accelerometer positioned with a game cabinet of the amusement game device.”

A very fancy hi-tech electronic tilt mech, in other words. When you nudge a machine equipped with one of these babies too hard it will trigger, “causing play of the amusement game device to be inhibited in whole or in part,” according to the patent application.

And cutting through the legalese, that means one thing.

(Actually tilt as we know it is pretty extreme. Inhibiting the game only partially – perhaps by disabling one of the flippers or making both flippers weak for a short period of time as a form of “yellow card” tilt punishment for minor pinball infractions – would be a rather splendid innovation for Stern to implement. And we hope that it does.) 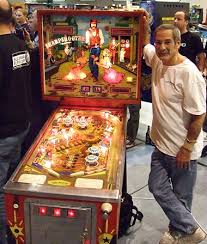 Clearly the whole tilt setup is a challenge to get right for operators, but other interesting questions to ask are these:  Is tilting is as important for some games as it is for others?; Do game designers think about the “nudgability” of their games?; And is the playability of a given game spoiled if the tilt mechanism is adjusted inappropriately – especially in a tournament setting?

To find out, who better to ask than pinball expert, designer and competitor Roger Sharpe?

“In terms of the games I have designed, I never gave a thought to tilt settings only because they are dependent upon the needs, whims and desires of various location owners, operators and home owners,” he told Pavlov Pinball.

“Personally, for tournaments I think that tight settings are appropriate to keep players from walking games across the floor to influence the path of the ball or to keep a ‘lost’ ball in play,” he adds. “And I have had some situations where the tilt settings (or lack thereof) have had a definite impact on the outcome of a given game – both positively and negatively.”

Bowen Kerins, three time PAPA world pinball champion, agrees that tilts should be set tight, but not too tight – especially on older machines. 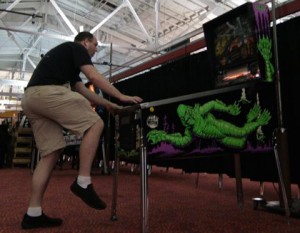 Bowen Kerins danced with the devil in the final of PAPA 10  Photo: PAPA

“Loose and forgiving tilts make games play longer for obvious reasons,” he says. “Tilts should not allow massive slam moves, but you should be able to get away with something small. This should also depend on the extent nudging is required for success on a machine (notably EMs and early solid state games), so tilts should be looser on those machines.”

What about the connection between tilt setup and strategy? When he turns up at a competition, does the way the tilt has been set up affect the way he plays a machine?

“It can completely affect play strategy on games where a nudge is necessary to return the ball to control,” Kerins says, adding that not all machines’ strategies are equally tilt-dependent.

“There are some games like Spider-Man where an insanely tight tilt will have little effect, and others – like Iron Man – where a tight tilt changes the game completely,” he explains.

That begs another question. If a machine is set up so that it tilts easily, does that favour skilled players, or is it a leveler that makes the difference between more and less skilled players smaller?

“More or less skilled isn’t the right wording, just different skills taking priority,” says Kerins. “In the best tournaments there will be a mix of games with tight and loose tilts. Often players feel tournament tilts are too tight because they are used to extremely loose tilts on location. A moderate tilt should still allow a lot of skilful saves.” 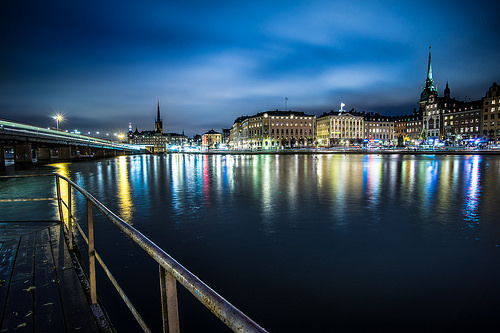 Sweden is home to the world’s top ranked pinball player

“I like normal to liberal tilts: nudging is a skill and if you remove it luck becomes a bigger part,” he says. “If the tilt is tight I might wait thirty to sixty seconds to take every shot. Which could make the tournament longer…”

And finally, Pavlov Pinball asked Englebrektsson what sort of player benefits from tournaments where all the machines are set on ultra-tight tilts that go off at the slightest provocation. His reply is rather poetic.

Sometime the urge to tilt is irresistible. It just feels so damn good.

2 Comments on Dancing with the devil: the joy of tilting