The pinball mod-making scene has quietly been radically transforming itself over the last twelve months or so. 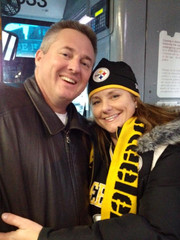 It’s beginning to evolve from a bunch of creative enthusiasts making cool things in their garage workshops and on kitchen tables into something that operates on a much more businesslike footing.

And nothing exemplifies this better than Albuquerque-based mod-making company Mezel Mods. Boss Tim Mezel started in 2013 by messing about with sheets of plastic in an ill-fated attempt to make a Donut Heaven mod for his Getaway. 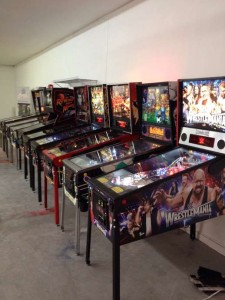 Mezel retired from his job at chip-maker Intel recently, and he’s still not decided whether to join Kristin in making Mezel Mods his full-time permanent occupation or do something in line with his old job.

But for him to make Mezel Mods his permanent full-time job the company would have to grow – something that it has done successfully in the last year or so.  There’s now a range of about fifty of its products on the company’s web site, where it also offers half a dozen other mod-makers’ wares.

Mezel Mods’ goodies are also available from a small group of distributors in the US, and the company now has a distributor for the EU based in Germany.

Perhaps the biggest transformation for Mezel Mods, and the modding scene in general, is that the company now makes official licensed mods for Stern. 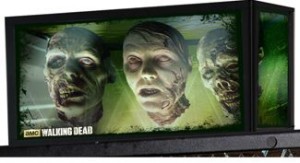 Just last August Gary Stern said that Stern was thinking about getting into the mods business. “We’re very interested in the after-market accessories business because it enables our customers to customize their games to suit their personal tastes,” he told Pavlov Pinball.

“I’ve seen some great mods in my time. We expect to do more in this area in the future,” he added.

Then in October the company announced its first range of add-ons: a fish tank topper filled with zombie heads, a shooter knob, side art panels and blood spattered side-armour for The Walking Dead. 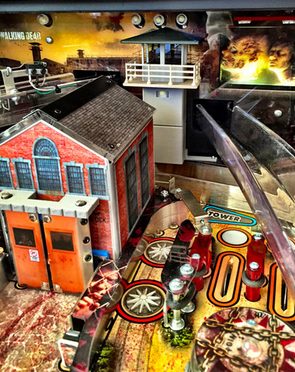 Around 200 prison towers have been sold

Come January, Stern announced that it was releasing a prison tower mod, created by Mezel Mods. So how did that come about?

“Paul Mandeltort, Stern’s parts and accessories guy, called us up and said ‘Are you interested in doing stuff with Stern?'” explains Mezel.

“He talked to Jody (Jody Dankberg, Stern’s marketing  and licensing director)  and they called to talk about mods and asked us to make some for Stern.”

The prison tower is the first fruit of this conversation, and it took modding to a new level of complexity for Mezel Mods, he explains.

“For us to have the ability to sell that product, we needed to get it approved by AMC (The Walking Dead licensor). And we have to pay a royalty to them for every one we sell. We also have to pay Stern.”

But in return Mezel Mods gets a product that is backed by a Stern marketing campaign and pushed through distributors. That means it reaches far more people than Mezel Mods could likely reach by itself.

As a result the tower has probably sold more than Mezel Mods’ previous best-selling mod, its Metallica snake fangs.

Even so, sales haven’t exactly been huge in absolute numbers: about two hundred towers in total, according to Mezel. But it suggests a significant percentage of TWD owners have bought the mod.

These sales numbers shed some light on how hard it must be to operate a modding business without having a significant range of products to sell. Two hundred towers at $99.99 translates to sales of just $20,000, before royalty payments, manufacturing costs and everything else has been deducted.

Mezel is planning more official mods for Stern, including ones for the new Kiss machine. “We will be talking to Stern soon and exchanging some ideas. I am enjoying the relationship and hope we will talk about every new game,” he says. 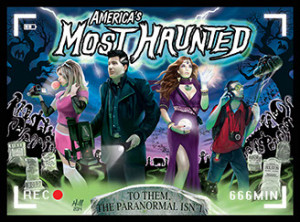 With only 150 units to be made, AMH doesn’t present a huge potential market for mods

And it’s not just Stern that’s getting the Mezel Mods love. “When other machines are released, we will definitely contact the manufacturers,” says Mezel. “We have already spoken to Spooky Pinball about America’s Most Haunted.”

New machines don’t come along that frequently these days, so the company is also looking to make licensed mods for old Bally Williams machines too. The first of these is a shooter rod for Black Rose, licensed from Planetary Pinball.

“Originally our mods were all fairly generic, but the future is partnering with license holders,” Mezel says.

Black Rose seems like an odd Bally Williams machine to mod – if only for the fact that only 3,746 units were made. Surely the better selling games like The Addams Family, T2, Fish Tales or Indiana Jones would offer richer potential pickings?

“Well, part of our strategy is keeping track of the numbers of machines that were sold and coming up with mods for the bigger selling ones,” Mezel agrees.

The company is also seeking to become the most professional mods company around. To this end it has had three of its staff complete a Principals of Lean Manufacturing program last month.

And the company’s operations have also been analysed using a management process called Value Stream Mapping designed to increase efficiency and decrease costs.

It’s a far cry from most mod-makers setups, and that’s for sure.

Mezel Mods HQ? Not quite

But Mezel is not trying to turn the mod business into a big business that pushes out the little guys who make some of the most interesting and innovative mods.

Far from it. The idea is to enhance the Mezel Mods website so it becomes a kind of “mod central” where modding fans can come to buy mods made both by Mezel and co, but also other modders who have something to sell.

“I would like our site to be… not quite the Walmart of modding, but I would like it to carry everybody’s mods,” he says.