Younger pinball players never had to put up with black and white televisions or monochrome computer monitors and Palm Pilot screens. So can pinball manufacturers seriously expect them to be interested in new machines with displays that offer a paltry four or sixteen shades of orange or red?

Almost certainly not: they expect colour. And that’s why the new generation of pinball machines with full colour displays is so important when it comes to attracting younger players. But it’s also hugely significant because it gives designers unprecedented capabilities when it comes to conveying information to players through the medium of the display. 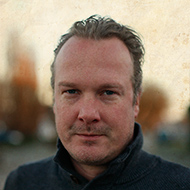 Take Dutch Pinball’s splendid-looking The Big Lebowski Pinball. The theme itself may not have much appeal for anyone under a certain age, but when it’s unveiled at the end of this month it will feature a custom cut 192 x 64 simulated pixel full colour LCD display, Pavlov Pinball has learned. That’s going to look sweet.

And it will be used for much more than just supplying eye-candy. The large format 3:1 display will be exploited in a variety of innovative ways, including using its colour capabilities to help players keep track of which multiballs are running at the same time.

“We will show multiple multiball modes with certain colours – blocks of colours will be used to show which modes are running,” says Barry Driessen, one of the Dutch Pinball co-founders and designers.

Driessen is a firm believer that screens should be used to convey all the information a player needs during the game in a way that can be comprehended while playing, and full colour is a valuable tool for a pinball designer to have at his disposal to achieve that.

It’s especially valuable now that modern games have such complex rule sets. The truth is that a game like Stern’s AC-DC is formidably complicated, and a simple red DMD screen may simply not be up to the task of getting the necessary information across effectively: many players don’t have the time to take in the information that’s displayed on AC-DC’s screen during normal game play let alone during the insane multiballs.

A particular problem with that Stern game as an example is that information is often written in words or numbers on the display. A far more effective way of getting the information across might be to use graphics that show how close a player is to achieving a goal rather than displaying “100,000 – 2 more for Album Multiball – Spinner +500” in tiny writing. Try taking all that information in without losing the ball while playfield lights are flashing and Whole Lotta Rosie is blaring at ya! 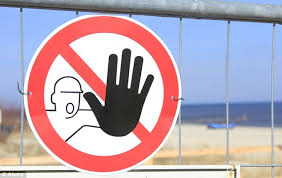 Say it with graphics, not words

What’s the solution? Colour coded graphics or icons would be certainly be easier to take in at a glance – like the symbols used in road signs, which after all have been carefully designed to be understood at a glance while driving a couple of tons of steel at 70mph.

In the ’90s when DMD games where new, rulesets were arguably not as complex as those of modern Sterns. But designers like George Gomez realised that with the limitations of a 128 x 32 matrix of orange dots in just four shades, players couldn’t take in much information while the ball was rolling. “Whenever we want to give you information, if it’s significant enough, we try to hold the ball,” he said at the time. “I put the ball there, I show you what I want to show you, and then I flash a light above that popper to cue you that a ball is coming back out – and then I launch the ball back,” he added.

Jersey Jack Pinball uses a colour LCD screen in Wizard of Oz, and that game often traps the ball while the screen conveys information to the player. But things will change in the future, according to boss Jack Guarnieri. “It will be different in The Hobbit – it is a different game (in terms of) how the ball plays and flows,” he says.

He believes that colour is important, but he also reckons that people have got much better at getting information from a screen while playing pinball in the intervening fourteen or so years since Gomez made those comments. 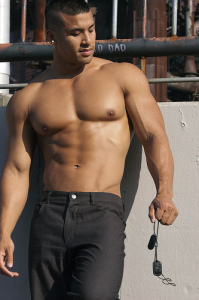 “Older players are certainly looking down at the ball a lot. But younger players – they can drive and text at the same time (although they shouldn’t,)” reasons Guarnieri. “They can take in more information in their peripheral vision just because they have been exposed to that more. I notice that they can absorb what is on the video screen more than the older ones, and that’s the player base we are trying to build,” he says.

And according to Guarnieri, younger players actually watch the pinball screen more than older ones. “More established players are probably focused 80% on the ball and 20% on the video screen,” he says. “But with younger players it’s more like 50:50. They comment on what’s on the screen while they are playing.”

Louis Koziarz, a Williams software engineer in the 1990s, pointed out at the time that a secondary goal of pinball design is to entertaining people who are watching rather than playing. “You want to make the game interesting enough for people who aren’t playing, that they’ll want to come over and try playing it too,” he said.

One of the central ways of attracting players is by putting on a good show on the display during games, and given that players are “smarter and more demanding” today as Jersey Jack puts it, it’s pretty clear that a full colour screen is going to be far more effective than one that’s just orange or  just red.

Another pinball company that is introducing full colour LCD screens is Heighway Pinball, but in the case of its first game, Full Throttle, the screen is in the playfield rather than the backbox. (The backbox has a static image.) While that may prove far more convenient for players – who won’t have to take their eyes off the playfield to look at the screen – that limits the opportunity to attract other people to the machine. 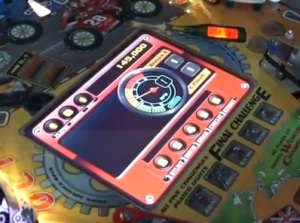 But that could change, Andrew Heighway, the company’s boss, hinted recently. “We are currently evaluating the backbox and whether a second screen can be incorporated there – maybe as an optional extra,” he said on Pinside.

Colour displays may be the way to go, but for Dutch Pinball’s Barry Driessen moving them from the backbox is just one step too far in pinball innovation. “I like pinball because I am old-fashioned. I have not played Full Throttle, but I think there should always be a display in the backbox,” he concludes.

1 Comment on Why colour is vital to pinball’s future