How do you win a top pinball tournament like the PAPA World Championships?

A nice big trophy would look damn fine at Pavlov Towers, so to find out Pavlov Pinball talked to Bowen Kerins, current PAPA World Pinball Champion. And it turns out that the route to the top begins by doing your homework. 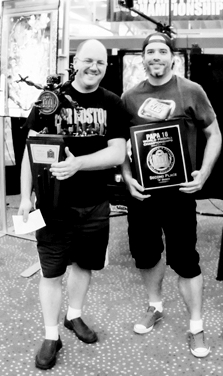 “Before you start playing any game in a competition, it’s vital that you have a plan,” says Kerins. “Every shot you make should have a purpose and a common mistake is that people don’t know what to do so they go for everything.

“If you don’t have a reason to shoot something then it is a bad idea because you are putting the ball in danger with no purpose,” he adds.

When he’s not winning world championships or carrying out his day job writing mathematics text books, Kerins also features in PAPA tutorials for a number of games – most recently Metallica. And it’s pretty clear that to win a world championship it helps to have the brain of a mathematician or a teacher. 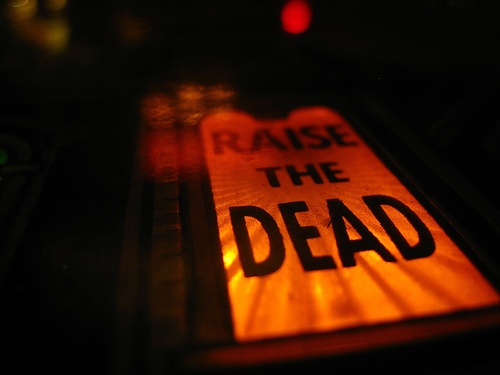 Raising The Dead may not win you any prizes

Points per shot
As an illustration of efficiency, he uses the example of The Addams Family. A good tournament plan is to go for the multiball, he says, which takes just six or seven shots to achieve -even less if you manage to play dirty pool. “When you get multiball you get an average of 25 million to 40 million points. You have to ask yourself what other shots could get you that many points, and you can compute how many points per shot multiball gets you.”

An alternative plan would be to try to complete the mansion awards to get to Tour the Mansion, says Kerins. The problem is that although that yields more points, it involves many more shots. The points per shot is almost certainly lower if you pursue that strategy.

There’s also a risk/reward calculation to be made, he adds. “When you play World Cup Soccer, if you get nine cities you get a really big bonus. But in a tournament it’s not realistic to expect to make it that far, so most competitors won’t go for that.

What makes competitions interesting for players and spectators is machines that encourage different players to try different strategies.

Winning strategies
“The simplest example of a game with a clear winning strategy is Data East’s Star Wars,” Kerins says. “It’s a great game for people getting into pinball: they get increasing rewards for ramp shots. But this is a dominant strategy in competition, and watching the best pinball players play Star Wars would be like watching a free-throw shooting contest. 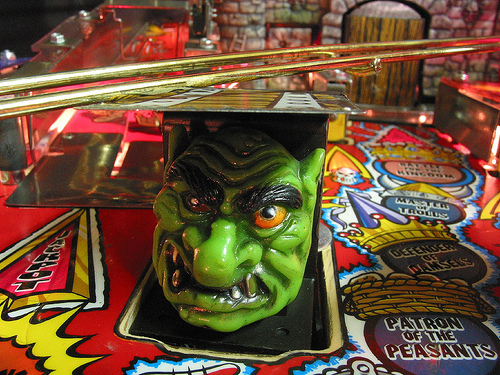 Medieval Madness is one of the best tournament machines says Kerins

“Nobody would be happy with this, including the players,” he continues. “Earthshaker, Police Force, Hurricane are other examples where a repeatable shot dominates.

“But the best competition games allow players to choose different paths and change strategies on the fly as needed. Addams Family is terrific for this: you can play for multiball or modes or just pick up side ramps and 5x graveyards.”

You have to be able to change strategy in the moment

Other examples of games where players can make different choices that still lead to success include Attack From Mars, Medieval Madness, AC/DC, Monster Bash, and Iron Man.

Then there are the games like Whitewater, Creature, Iron Man, and Metallica which involve a heavier risk/reward element where a player can do something difficult that pays off big time, he says. “These are often the best games for players and spectators, since anything can happen on any ball.”

Each one is different
Put like that it sounds fairly straight forward: work out the optimum strategy for a game before, and then when your turn comes simply execute your strategy. But, inevitably there’s a catch. 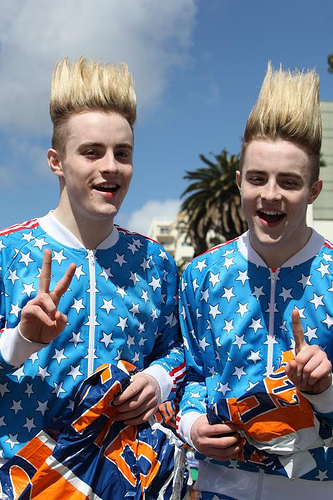 They may look the same, but they don’t play the same

“When you start to play, you’ll discover something like the left ramp is really difficult on this machine so you are not going to be able to make it, or the lock is really hard to get,” Kerins points out. “That means you have to be able to change strategy in the moment.”

The fact that every machine is different means that if you have to play a game in a competition that you happen to have at home it can be a downright disadvantage. “The problem is that you get to dialled-in to that particular machine. I have a World Cup Soccer at home, and if I play a different machine I am terrible.”

So how do you work out what the best strategy might be? To do that you have to know the machine and its ruleset well, and one way of doing that is to watch PAPA’s tutorials.

Ask Jack or Gary
But how does Bowen learn the rules to new games that he does tutorials for? “There is some guesswork, and I may ask other players, or even get in touch with the folks at Stern or JJP and ask them what they would like us to show off.”

This illustrates an important fact about PAPA’s tutorials. They are not intended to show you how to play a game in a competition – they are intended to show what a game has to offer. It’s up to you to figure out your personal plan of attack. 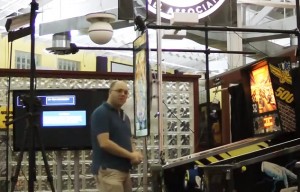 PAPA’s tutorials are produced in the organization’s HQ

They also consciously avoid being spoilers, so they won’t give away any surprise endings, Kerins adds. “If there is something secret it should stay secret, like End Of The Line in Metallica. Something like that is a final goal – there has been a significant effort on the part of the programmers to get it in so you’ll have to earn it yourself.”

The tutorials also try to showcase things that are fun to see. “We are not trying to do a rulesheet or training video – we think it is more important to show gameplay. But we do find that people are getting better at individual games and getting better skills by watching our videos.”

Learning a game and formulating a game plan for it is all very well, but once again there is a snag: it’s only of limited use if you don’t have the technical skills to execute it. But how do you get top pinball skills?

No ordinary practice, no ordinary player
One thing that’s obvious from talking to Kerins is that you need to practice with a particular type of stubborn persistence. Here’s an example: Kerins had access to a Twilight Zone, so he decided to do two tests. “The first one was to see if there is a maximum number of hitchhikers you can get. I discovered that there is and that maximum is one hundred.” 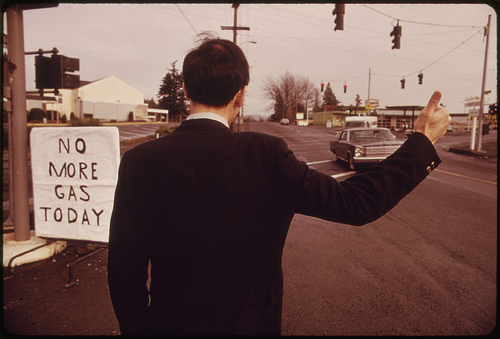 Note the hitchhiker – there, by the side of the road

He also noticed that if you manage to hit the Dead End, the DMD says that you get an extra ball for three Dead Ends, and a bonus for eight – which turns out to be 100 million. “But it also says there is a bonus at twenty, so I decided to find out what it is…”

That was the queue for much practicing getting Dead Ends. “It is hard as you have to go down the inlane on the right which has no feed, so you need to do an alley pass or shake the ball from the outlane to the inlane, putting the ball in danger,” Kerins explains “It turned out to be fun and I did get twenty in the end.”

So what is the award for twenty Dead Ends? Kerins pauses for a moment. “I can’t tell you what it is,” he says. “It’s a secret you’ll have to find out for yourself.”
TAF photo by Stéfan