Good things don’t end in ‘eum’, they end in ‘mania’… or ‘teria’. That’s according to Homer Simpson. 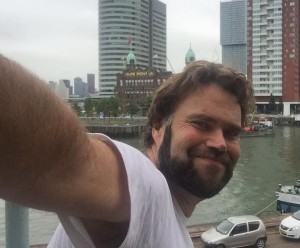 But there’s one man who’s determined to prove that Homer Simpson was talking bollocks, and it’s none other than Gerard van de Sanden, flipper fanatic, pinball evangelist extraordiaire and one of Pavlov Pinball’s favourite Dutchmen.

If his name sounds familiar it’s because he’s one of the guys behind the Matrix pinball machine and the Dutch Pinball Open, and he runs the Netherlands’ leading pinball rental business.

For the last few months he’s been working himself ragged on his latest pinball project: a museum devoted to the silver ball, based in the Low Countries. The Dutch Pinball Museum will be opening on the waterfront in the mega-port city of Rotterdam in August 2015. 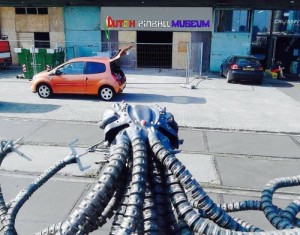 No drunk men in here, my dear

So what’s it going to be like? A clue is in the museum’s tagline: A Journey Through Pinball History.

“I want a museum that has machines to play, but also educational stuff and, yes, things in glass cases,” Van de Sanden explains.

He hopes locals, tourists, families, children – in fact everyone  – will come in and get bitten by the pinball bug. And he aims to do this by sharing pinball’s history, culture and – most of all – stories. 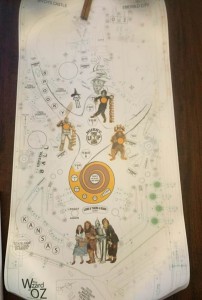 “I want to take groups around the museum, show them a Twilight Zone, and tell them stories about it,” he says.

“There will be written cards by the exhibits explaining what they are – education is good. But there are so many stories to tell about pinball machines, and I want to tell them.

“Maybe I’ll do a tour once or twice a day for school groups, and tell them some of these fantastic stories.”

The museum is currently under construction and it’s a good size: 250 square metres (2,700 square feet), with enough room for about fifty machines as well as the exhibits in glass cases.

Admission pricing has not yet been finalised. 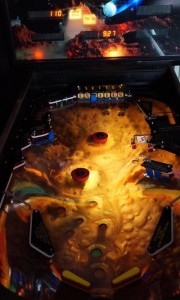 Like a teenager’s face: the cratered playfield of Orbitor 1

Aside from the standard fare of Twilight Zone, The Addams Family and Lord of The Rings type games, Van de Sanden has been busy buying rarer stuff: a Williams Ticket Tac Toe, a Recel Mr Doom, a flipperless Chicago Coin Majors from 1939, and Stern Orbitor 1 (one of only 881) are some of the latest additions.

The Matrix will also be on display, of course.

And in the glass cases he’s collecting all kinds of pinballabillia: Safe Cracker tokens in a black plaque, original Fun House drawings, prototype playfields and mechanisms from WoZ signed by Jersey Jack to name a few.

It’s the kind of stuff that’s fascinating to pinheads, and Van de Sanden is banking that when accompanied by the right stories and presented with his unique and infections mega-enthusiasm it will captivate normal people/civilians/the pin-ignorant as well. 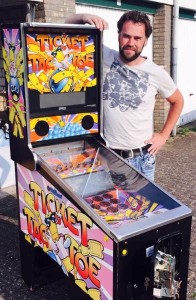 Enthusiasm will get you only so far in life, but at a certain point the harsh economics of running a pinball venue that can pay for itself start to make themselves felt. The initial plan is to open at the weekends only, and Van de Sanden reckons he’ll need to attract 300 visitors a month to break even – which is a pretty big ask.

Revenue generation plans include the inevitable gift shop selling pinball related souvenirs (but not pinball parts), and snacks and drinks (but not alcohol.) Van de Sanden also wants to host corporate parties or events once a month, and hold unboxing parties for new machines.

(The Netherlands is home to The Big Lebowski’s Dutch Pinball and Timeshock!’s Silver Castle, so you’d have to think that the Dutch Pinball Museum would be a natural venue for both of them.)

Making the museum work financially won’t be easy, but if anyone can do it it’s Van de Sanden.

Why? Because the guy is a veritable one-man self-promotion and marketing dynamo. So far he has got the likes of Jersey Jack, Stern designer John Borg, Barenaked Ladies frontman Ed Robertson and even a former Dutch Deputy Prime Minister to make promotional videos for the museum.

And he’s cajoled everyone from local enthusiasts to games companies to donate glass case items and machines to supplement the one’s he’s paid for out of his own pocket.

But isn’t the notion of single-handedly establishing a pinball museum in the Netherlands all a bit much. After all, Van de Sanden already has his own painting business to run, not to mention his business on the side renting out pinball machines?

He is having none of that.

“My life is all about pinball, and if I can pass on just 10% of my enthusiasm for pinball to others then I’ll be doing my job,” he says. “I want everyone to like pinball, and I’m a guy who gets things done.”