Every now and then you come across a great game – with a translite that’s so ugly it has you reaching for a paper bag.

Two machines spring to mind immediately; the much under-rated The Shadow, and the great-but-hideous AC/DC. 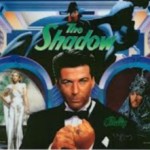 Great game – shame about the translite 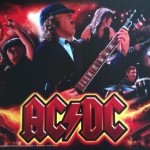 The good news if you have either of those machines is that help is at hand, in the form of Southern Californa resident Aurich Lawson and his custom translites. Lawson is the creative director of Ars Technica by day, but by night he cooks up pinball artwork. 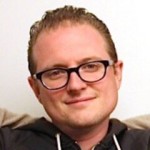 That means if you don’t like the sight of a grown man in a schoolboy outfit playing guitar, you can swap him for Helen (Hell-en, geddit?), a sexy she devil with pouty lips and protruding nipples. And along with the translite Lawson’s made a complete alternative art package that includes Helen apron and spinner decals, apron cards, and playfield decals to cover the hideous “Angus face” that’s slap bang in the middle of the Pro version of the game.

Lawson started making alternative translites after he bought The Shadow and it started to grate on him. “It’s a great game, but everyone hates the translite as they hate the Alec Baldwin on it,” he says. It’s “licence choked,” as Lawson puts it. “It started to bother me and I just didn’t want to look at it. So I thought: I’ll fix it. How hard can it possibly be?” 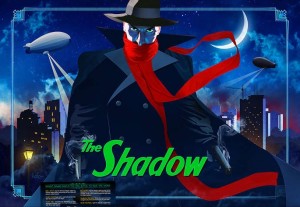 “My experience of the alternative translite world is that it is lazy: people just get a movie print and crop it and it inevitably looks bad,” says Lawson. Having a degree in fine art and living in PhotoShop for his job meant he had the skills to create something more original, so he whipped off a design and got a test print run off. “The problem was that it looked crappy. Lit from behind the colours were all washed out, and it was just unacceptable.”

The breakthrough happened  when he got an email from someone on Pinside who was a printer. Using a technique that involved photographic printing the image onto backlight film, and then fusing a diffuser layer onto the back of the image after it was printed, he produced a high quality translite for Lawson. It’s now on its sixth print run and he has sold over two hundred. 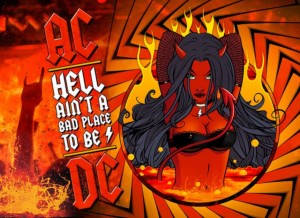 Meet Helen. Not a schoolboy in sight

The story of Helen is a little more complicated, and she almost never came in to being thanks to some intervention on Stern’s part – but more of that in a minute.  Lawson doesn’t actually own an AC/DC, but he had heard plenty of people on Pinside complaining about the foul Angus face. “I just asked why someone doesn’t make a decal to cover it,” he says.

The next thing he knew he had got himself a scan of the playfield, and started messing around making a design for a decal using some stock art. “But then I started getting in to it and I thought “I bet I could make a much better translite too.” 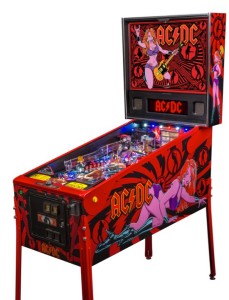 The delectable Helen was just developing into her shapely self when Lawson hit a snag. Evidently the good people at Stern Pinball were also of the opinion that AC/CD was not exactly something that a lot of potential buyers would want to look at, and in December 2013 they unveiled Luci – a version of AC/DC without the men-dressed-as-schoolboys. Instead there was Luci (Luci-fer, geddit?) – a bikini-clad babe with fiery red hair and horns.

“At that point I nearly gave up with my project as I didn’t want it to look like I was ripping off Stern’s idea,” says Lawson. “But then I figured I would go ahead anyway.”

In fact he reckons that the introduction of Luci hasn’t stifled demand for his work, because plenty of people had already bought and were therefore stuck with machines with the original art work. And in fact, rather bizarrely,  he has even sold quite a few translites to Luci owners too.

Will there be any more translites now that The Shadow and AC/DC Helen are done? The good news for his fans is that the answer is yes.  “As long as people are interested and I enjoy it I’ll do more,” he says. Does he have any idea what he’ll tackle next? “Well,” he says, “I might try and mess around with (Stern) Star Trek some time.”