Remember Red? Sure you do. The feisty Red travelled across America bulldozing roads with her redneck companion Ted in Pat Lawlor’s 1994 Williams widebody classic Red and Ted’s Roadshow.

Well it turns out that some things never change: fast forward twenty-one years to today and Red is still doing a roadshow. But this time there’s no sign of a ‘dozer, and Ted’s been replaced by rock musician John Mellencamp on a year-long music tour. 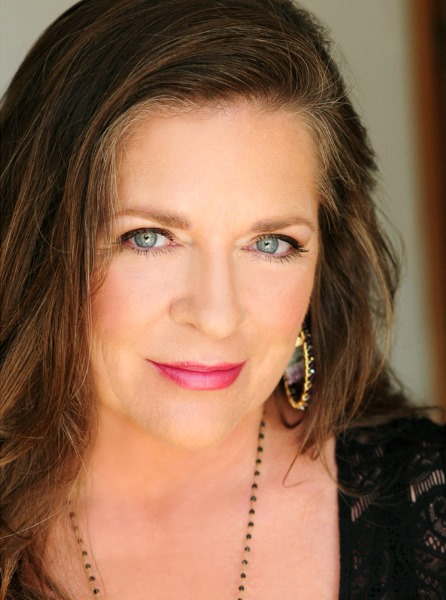 OK, so this probably calls for a bit of explanation.

Williams’ Roadshow features two talking heads on the playfield – Red and Ted – and Red’s voice is actually the voice of the beautiful and hugely talented country singer Carlene Carter, daughter of country music legends June Carter and Carl Smith, and stepdaughter of the great Johnny Cash.

But Carlene does more than just voice acting for the game. Start the game’s multiball and it’s her 1993 hit Every Little Thing that you’ll hear blasting out of the speakers in full Williams DCS glory. Carlene also appears on the backbox sideart, and she also makes a cameo appearance on the translite in a poster advertising… a Carlene Carter concert.

Now there’s a Red and Ted’s Roadshow here at Pavlov Towers, and one of Pavlov Pinball’s many guilty little secrets is that we’re huge country music fans in general and Carlene Carter fans in particular. So what better reason could there be to track the real life Red down and get the lowdown on how a country music gal from Nashville came to be immortalised in Pat Lawlor’s unexpected construction-themed follow-up to The Addams Family and Twilight Zone?

As you can imagine Carlene’s pretty busy on her music tour right now, but we caught up with her at her home during a short break from touring. And the first thing we asked was how she got involved with Williams? 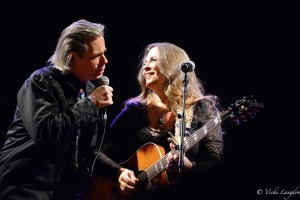 The answer, it seems, is that someone at Williams – perhaps Pat Lawlor himself – was a big fan of Carlene Carter too. “I think someone really liked the song (Every Little Thing),” she says. “So they approached us and said they wanted to do a pinball machine with the first digital music recording.”

There had certainly been DCS machines before Red and Ted’s Roadshow, (Indiana Jones was the first and Roadshow was actually the ninth,) but the machine is the first with a digital recording of a real country music hit.

Now here’s a little known fact. If it had been up to our country heroine, Roadshow might have been called something different. “They said they wanted to do a character that looked like me, and sounded like me, but which was going to be called Red. I never understood why they didn’t call it Carlene and Ted’s Roadshow,” she says.

Whatever the reason, Carlene’s not bitter in the least. In fact she says she adored the experience of working in pinball. “It was super easy, and I got paid, and I got given pinball machines – so it was lovely.”

Any job that gets you paid in pinball machines has got to be a good one, so what happened to the fruits of her (easy) labour? Carlene says that she kept one that was given to her for years before giving it as a gift to her sound engineer who was a big pinball fan. And her manager was given one – but he traded it for a T2.

So is she not a big fan of the silver ball? On the contrary, it turns out that the real life Red is a real life pinhead. Pinball was a part of her life growing up, she says, although ironically she played more pinball before doing Roadshow than after.

What we’ve been dying to ask Carlene how the character of Red came about. When she went to the recording studio to do the voice overs the game didn’t exist yet, so how did she know how to play the part?

“It was interesting as no-one knew what it should be like,” she replies. “I didn’t think too much about it. They gave me a list of phrases and said “try to cover this and try to cover that.” It was pretty much scripted but I certainly ad-libbed a bit – did some things off the cuff and added flourishes. I just kind of acted as excited as I was in the song.”

Being a country music star doesn’t necessarily mean you’ll be a good voice actor, but Carter’s acting skills shine through loud and clear. She’s a born show gal, and she had acting experience: she appeared in the 1994 Mel Gibson film Maverick (which co-incidentally was turned into a Data East pinball machine at about the same time as Roadshow was released.) Since then she’s had her own telly programs – the Carlene Carter Show and Circle of Song – and acted in London (and other) stage shows. 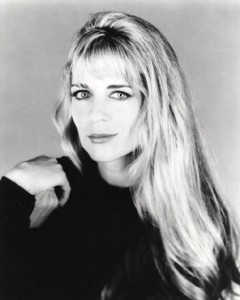 It’s no wonder Ted was so keen on Red

Does she have any regrets about being a part of a 1990s pinball machine? Absolutely not. “I love being part of something as intricate as a pinball machine, and I love it whenever I see a Roadshow. A couple of times I have been completely surprised to walk in somewhere and come across one – especially when it first came out. And just when I forget about it someone – like you – will contact me about it!”

One final question. There’s been plenty of music themed pinball machines over the years – most recently Metallica and AC/DC , but also others like Dolly Parton. So would she like to see a Carlene Carter pinball machine some time?

“Sure why not,” she laughs. “But you have to remember that when Every Little Thing came out I was a little country gal that did cartwheels on stage – I was kind of a cartoon character. But I’m nearly sixty years old now, hun, so I think it’s unlikely to happen.”

Sadly she’s probably right. But for the record, if Stern, Jersey Jack or Heighway (but probably not Skit-B) fancy making a Carlene Carter machine then Pavlov Pinball will be the first to put down a pre-payment.

2 Comments on The amazing story behind Roadshow’s “Red”