Why? Because we can.

How? With Pinball Browser. 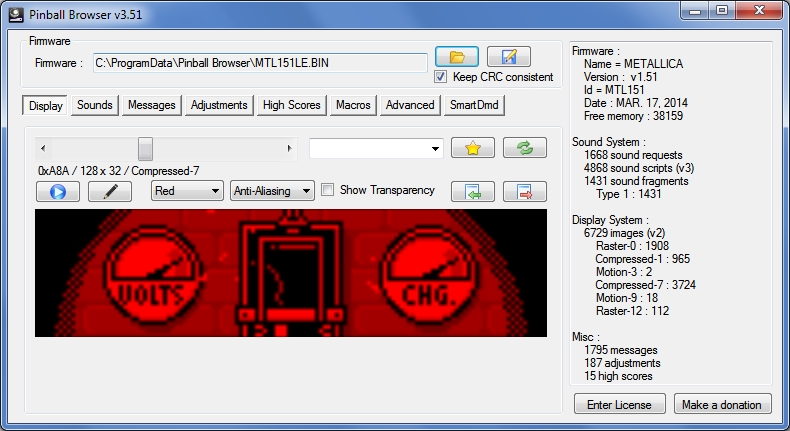 Pinball browser can be used to modify DMD frames

The software is free to download, although you’ll need to make a donation to unlock some of its features. Once you’ve got it up and running you can open Stern games’ firmware files, browse the music and graphics, and mess about with the contents  in all kinds of ways.

It’s only Stern for the moment, but there’s reason to believe that the software will soon work with Bally/Williams firmware files in the near future  – but more of that in a moment.

The key attraction is the ability to change sounds, substituting new ones of the same length. That means that in a title like Metallica or AC/DC you can have your favourite songs in the game, you;re ot stuck with the ones it ships with. Or you can switch all the original tracks out and turn the game into The Clash. Or Abba. Or whatever rings your bell.

Of course it’s not just the music you can change:  call outs, special effects –  if you can hear them you can modify them.

If you’re handy with the old graphics tablet you can change the DMD images if you want to, and you can also muck about with the adjustment min, max and default settings and restore all your high scores after a firmware update.  Or you can  freak out your friends and subsequent buyers by setting ridiculously large high scores which you never actually got and which will never be beaten.

The software is the result of months of work by 49-year old French software developer Olivier Galliez. Off work due to ill-health, he bought an AC-DC machine and got hacking. 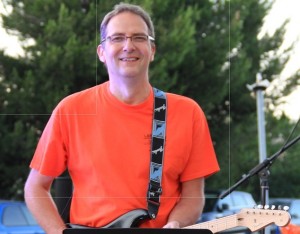 “The machine was a challenge to me,” he explains. “It was delivered with documentation including schematics, which is very good for someone interested in electronics. And then I downloaded the firmware”

It’s pretty clear that Galliez knows his way around a binary file, and it wasn’t long before Pinball Browser started to take shape. “I opened up the binary firmware file with a sound editor to see if I could find anything,” he says. “With the right codecs, I found some sounds. Not music, but at least some noise. The most difficult part of the project was understanding how sound (and graphics) are stored in the firmware.

Fortunately it turns out that it is almost impossible to brick a Stern machine. The worst you can do is blow the odd fuse if you write code that locks a coil on, for example.

At this point he whipped up a program to convert the noise into the correct audible form so that it was possible to browse the firmware and listen to the songs and other game sounds.

He publicised his work on Pinside, and people started clamouring to  be able to modify the sounds, and also to view and modify the DMD frames. In fact Galliez went further, adding the ability to change the adjustment settings and high scores, and altering the firmware itself so that info about the status of the game can be sent down the serial port built on to Stern CPU boards. (That could be used to show a video on an external screen during multiball, for example.) 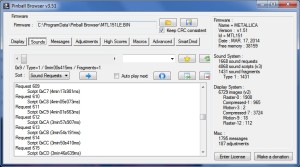 So far Pinball Browser only works with Stern machines, but Galliez intimates that more manufacturers’ machines may be supported in version 4 of the software, which should be ready “in a few weeks,” he says. “The number of potential users of Pinball Browser are limited as it only works with Sterns. In the future this number may increase, ” he hints, “but I am not sure it will work so I won’t talk any more about it.”

Intriguing stuff. Does he mean Bally/Williams machines? That would be damn cool – but for the moment Galliez is keeping schtum.

The big fear when hacking is bricking the hardware so that it can no longer be booted – no-one wants a $6000 pinball machine that won’t start up. “Fortunately it turns out that it is almost impossible to brick a Stern machine,” says Galliez.

The technical reason is that the boot loader is stored in a read only memory chip that can’t be erased in software, so however badly you screw up the firmware you can always put official Stern firmware on a memory stick and the machine will start up. “The worst you can do is blow the odd fuse if you write code that locks a coil on, for example,” he says. 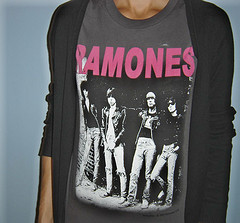 Gabba gabba hey! Your Metallica could play The Ramones

The software raises the  possibility of people making custom packages like Metallica  firmware with The Clash songs or AC/DC with The Ramones thrashes – and making them available for others to download. Although that’s perfectly feasible, Galliez is keen not to encourage copyright infringement.

To get round this Pinball Browser has a macro function that steps the software though the stages of building new firmware automatically. The idea is that you can distribute a macro along with a list of the songs that are needed for it, and as long as anyone who wants your firmware owns the songs and has them on their computer they can run the macro and build there own perfectly legal version.

If you want to give it a try, start by downloading Pinball Browser and start mousin’ around.