There’s no shortage of modfathers and other creative people out there who are making money by designing and selling mods for pinball machines. But for manufacturers, this represents a missed opportunity to make more money from their customers.

So it should come as no surprise that Stern is considering entering the market with its own, “official” mods for its pinball machines.

“We’re very interested in the after-market accessories business because it enables our customers to customize their games to suit their personal tastes,” Gary Stern, Stern Pinball’s chief, told Pavlov Pinball. “I’ve seen some great mods in my time. We expect to do more in this area in the future,” he added. 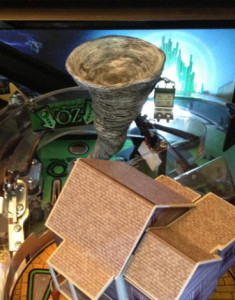 What about Jersey Jack Pinball?  “Official” JJP mods are already available for Wizard of Oz, in the shape of a tornado, a Toto in a basket, and witch castle walls. These were designed by former JJP employee Matt Riesterer and available though his company, Back Alley Creations. (Riesterer has also made toys for The Hobbit and Predator.)

He says that the WoZ mods never made it onto the original versions of the game due to time and cost constraints, but they were included on the special 75th anniversary edition of the game. Then it was decided that they should be offered as mods for existing owners – after much wrangling.

“It was a lot of work to get it approved – six months negotiation to get approval from Warner Brothers  to make them available” Reisterer explains.

This illustrates something that JJP boss Jack Guarnieri has long held to be true:  that it is easier for third parties to make mods than it is for manufacturers like JJP or Stern. “I am a licensee for Wizard of Oz. I protect that licence, and anything we touch has to be approved by Warner Brothers. But anyone else can do anything they want, without getting approval from Warner Brothers,” says Guarnieri.

One way around the licencing hassles of creating official aftermarket mods (apart from the obvious way of coming up with an original, unlicenced theme, of course,) would be for pinball manufacturers to allow customers to configure licenced extras and add-ons when they buy the machine, in the same way that new car buyers can specify what extras they want included on top of the base model when they make their purchase. 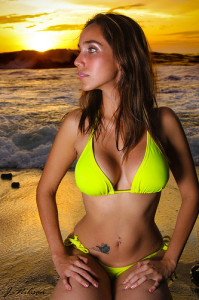 All kinds of things can be enhanced by modding

Guarnieri says that this is perfectly feasible in the future. “I would love to give customers exactly the product that they want. So the cabinet could have four finishes, there could be two artwork packages, and I could say “Go and customize!”

What about configuring the toys and features as well? “Why not?” says Guarnieri. “It’s not a big problem to manufacture like that.”

Andrew Heighway, boss of Heighway Pinball, says his company is definitely planning to have customisable offerings in the future. “We will have a customisable pinball machine division, and we will be able to tailor the finish of the machine you order to your living room. So if you have a pine living room, you can have a pine finish on your pinball machine, which your other half may appreciate. Or you will be able to specify normal or Invisiglass.  I believe this will be a big growth area.”

But Gary Stern is not so sure about this automotive style build-to-order configuration. “It really comes down to affordability for the customer,” he says. “We’re a large scale, continuous manufacturer. Customisation adds costs. In most cases, customers are more interested in modifying their games to suit their unique tastes rather than having us do it for them. That was a major consideration behind creating the premium model. It’s perfect for the enthusiast who’s in to custom mods.”

(At the other end of the market, Stern says the company is planning to expand its consumer line, which is targeted at customers “who would like to own a simpler, compelling, less expensive pinball game for use in their own home.”) 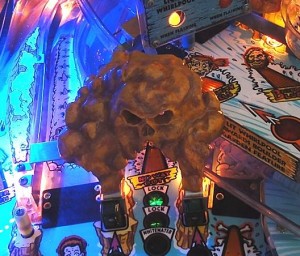 One final question for Stern concerns software modding, and specifically the availability of software like Oliver Galliez’s Pinball Browser, which enables anyone to modify Stern firmware to change the music or graphics, or swap songs in games like AC/DC or Metallica. Is Stern happy to see its firmware modified by enthusiasts in this way, or is the company likely to take steps to prevent applications like Pinball Browser from being able to manipulate the firmware in the future?

If you’re a fan of firmware modding then Stern’s answer may not be too encouraging. “Our software is proprietary, as are the assets of our licencing partners. We’re required to take steps to protect them,” he says.

2 Comments on Official mods on the cards at Stern, JJP