Mike Kalinowski is building a pinball factory in China, which is odd because Chicago is supposed to be the centre of pinball manufacturing. But then again pinball factories are popping up all over the place these days. Jersey Jack has one in Lakewood, New Jersey and Heighway Pinball has one in Merthyr Tydfil, Wales, of all places. So if you can build one in Merthyr, why not China?

Mike Kalinowski is the brash but hugely likeable Australian who’s the boss of Homepin, a company which makes replacement pinball boards, and which is planning to make a Thunderbirds themed pinball machine next year to coincide with the classic telly show’s 50th birthday. He’s also an electronics engineer with over 35 years’ experience in both industrial design and manufacture, and in domestic electronics. And he has confidence by the trough load.

He says his factory is going to be a biggie. “We are not mucking about here, We’re building a serious factory capable of producing a hundred machines a week,” he says. “It’s 30,000 square feet, with twenty dorm rooms, so it’s not going to be a boutique operation.” 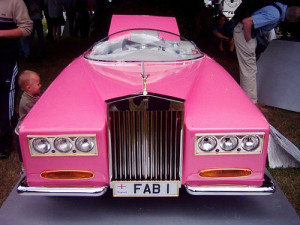 A hundred games a week is not quite in Stern’s league, but it’s still a lot of games. So does Kalinowski really think that he can sell that many Thunderbirds machines?

Apparently not – his plans are even more ambitious. “We actually have five machines in the works, he says. “We’ll also be OEMing for two other companies as well.

And who are these other companies? Without a non-disclosure agreement in place he won’t be drawn – all he is willing to reveal is that one is an Australian company, and the other is European.

Kalinowski’s certainly a man who is confident he knows how to do business in China, and slowly but surely he has been designing the parts and getting the equipment in place to manufacture them. “Some of the other pinball companies are buying off the shelf parts, but we are buying in nothing,” says Kalinowski. “We are designing everything from scratch.” He says that he has mock-ups of the Thunderbirds machine ready, and he plans to have something to show off in about six months. 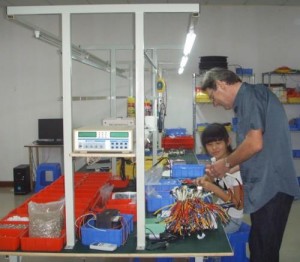 The two obvious questions are who is designing the Thunderbirds playfield, and who is programming the software. “That’s top secret, “ says Kalinowski. “I have a well-known European looking at the software, and an American finessing the playfield design – someone every pinball enthusiast would know. We have a loose handshake agreement.”

Kalinowski believes that people should be looking at the game itself and not worrying about the names behind it. “There is way too much emphasises placed by enthusiasts on who designed this machine. There are a lot of brilliant people,” he maintains.

What he will reveal is that Thunderbirds will be “a standard, DMD Williams-era machine.” The big difference to other 90s games is that it is going to be very toy-heavy indeed. “I told the designer to spare no expense on the mechanical toys as they are cheap to make in China. We can do them for three times less than it would cost Stern so I am pulling out all the stops.” 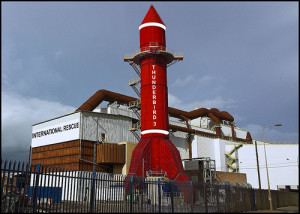 Was Kalinowski not tempted to go the Jersey Jack route and put a video monitor of some sort in the back box? The answer is an emphatic no. “A pinball machine does not have a video screen! That’s bullsh*t,” he exclaims. “There’s a ball flying around, this is not a video game. Stuff the onlookers – if they get bored that’s their problem,” he adds.

And what about using a PC system to power the electronics, Jersey Jack style? Another emphatic no. “I have been involved in a few different PC based amusement machines over the years and every one of them turned to sh*t!” he says.

“I cannot believe that people don’t understand this. Embedded processors is the only way to go with industrial equipment – this is what Stern has stuck to and this is also why your WPC machines and even old Ballys are still very easily repaired today, thirty years later.” 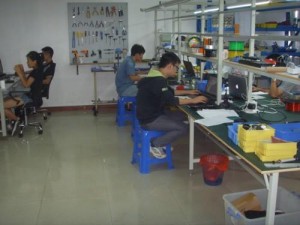 Given the delays that JJP and Heighway Pinball have experienced getting their first pins to market, many people are highly sceptical that Homepin will be able to produce a first machine any time in the near future.

But to sceptics who doubt that he can successfully start a pinball business and get a working machine built in China ready for the Thunderbirds 50th anniversary next year Kalinowski has a simple and typically forthright Aussie message.

“What’s missed is that I’m an old c*nt”, he says. “I am 58 and have been involved with pinball since I was 21. I have experience in electronics, amusements and China, Not many others have that.”